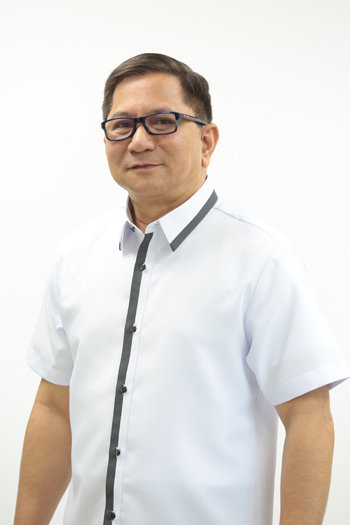 “The corporate setting is something totally new to me. But I welcome the challenge.”

Aquino admits the top post at CIAC is “uncharted territory”, coming from an earlier post as the government’s top drug buster when he was appointed director general of the Philippine Drug Enforcement Agency (PDEA), capping a law enforcement career spanning 40 years.

But Aquino welcomed the job as a challenge, although he said it is totally a different field from what he is used to.

Born on September 6, 1961 in Sta. Mesa, Manila to Domingo Aquino and Portia Nagtalon, Aquino attended primary and secondary school at the Don Bosco Technical School in Manila before entering the Philippine Military Academy in 1981, graduating with a Bachelor of Science in Military Science in
1985.

Upon graduation, he entered the police service where he held various positions which started with his appointment to the Cavite Provincial Command in 1994.

Most of his work was with the Davao City Police Office where he was appointed a station commander, the city police director, until he was appointed provincial director for Compostela Valley.

From there, his performance led him to be assigned to the Police Regional Office (PRO) 11 where he named, first, as chief of the Regional Operations and Plans Division (ROPD) and moved his way to become the Deputy Regional Director for Operations.

A few months later, he was promoted to officer-in-charge of the Regional Police Office and then eventually, the full-fledged Regional Director, a post which he held until 2017.

President Rodrigo Duterte, who has been in office for over a year, then appointed Aquino as PDEA director general to lead the government’s campaign against illegal drugs.

Although busy with his job at PDEA, Aquino turns to his favorite sports whenever he has time to spare being sport-oriented. He is a scuba diver.
His special skills include being a bomb technician and an urban warfare specialist which came in useful during his law enforcement career. (CCO)