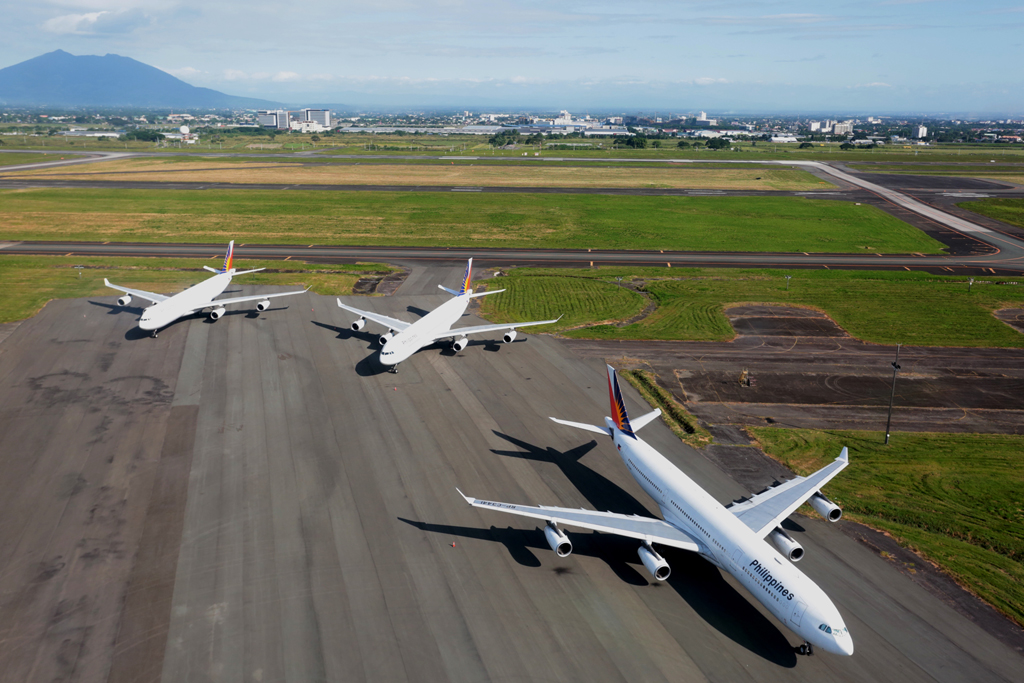 The Clark International Airport Corporation (CIAC) is a non-chartered Government-Owned and Controlled Corporation (GOCC), duly registered with the Securities & Exchange Commission. It was created primarily to develop, operate, manage and maintain the Clark Civil Aviation Complex within the Clark Freeport Zone in the province of Pampanga.

The Clark Civil Aviation Complex or CCAC is the biggest in the Philippines in terms of land area. It has an aggregate area of 2,367 hectares; which is intended for the operations of the Clark International Airport (IATA Code: CRK) and lease or business arrangements involving aviation, aviation-related services, and aviation-related logistics activities.

Clark Freeport Zone’s favorable position and impact as the newest investment center in the South East Asian region has undoubtedly been firmed-up in the past decade owing to the national government’s drive to expand airport infrastructure and capacity. Consequently, Clark’s unprecedented rise made the untapped 200-hectare aviation complex controlled by CIAC more than ripe for the picking as the emerging airport city model.

The government-owned aviation complex managed by CIAC is home to the privately-run Clark International Airport, as well as the mixed-use business district Clark Global City, and currently around 45 locators in cargo and aviation-related businesses. Other locators and concessionaires within the aviation complex are now under the responsibility of the Luzon International Premiere Airport Development (LIPAD) Corp.

In 1902, Clark was established by the Americans and was formerly known as Fort Stotsenburg.

In 1917, the eastern portion of Fort Stotsenburg was converted into an airfield and was renamed Clark Air Field in 1919. In 1947, the first RP-US Military Bases Agreement was signed. This integrated Clark Field and Fort Stotsenburg into the Clark Air Base.

In November 1991, the Clark Air Base was reverted back to the Philippine government.

RA 7227, also known as the Bases Conversion Act of 1992, created the Bases Conversion and Development Authority (BCDA) as the implementing arm of the government to accelerate the conversion of the former Clark Military Reservation into the Clark Special Economic Zone, where Clark Development Corporation (CDC) became a subsidiary corporation of BCDA, and in turn, the Clark International Airport Corporation (CIAC) as a subsidiary of the CDC.

In April 2008, Executive Order 716 was issued, transforming the CIAC as a subsidiary of the BCDA.

Pursuant to EO 716, series of 2008, the Clark International Airport Corporation is tasked and mandated to develop, operate, manage and maintain the Clark Civil Aviation Complex.

The Clark Civil Aviation Complex, located within the Clark Freeport Zone in Pampanga, the biggest American military base outside the United States, covers an area of approximately 2,367 hectares with a 3,200-meter long runway and associated taxiways, aircraft parking apron, a passenger terminal building and related facilities.

In the wake of the airport’s privatization is CIAC’s direction towards attaining long-held plans for the aviation complex to have a mixture of a world-class airport, cargo shipping facilities and a robust business and commercial hub—landside business development projects that will readily create revenue sources for the national government.

While the airport is operated and maintained by the Luzon International Premier Airport Development (LIPAD) Corp., CIAC is now refocused to forge several strategic partnerships to further develop the remaining prime government land at the aviation complex for commercial use in the next two to three years.

The aviation complex is connected to Manila via the North Luzon Expressway and the Subic-Clark-Tarlac Expressway which is also linked to the Tarlac-Pangasinan-La Union Expressway running up to Pozorrubio in Pangasinan. At present, the new Central Luzon Expressway connects Clark to Baler in Aurora and another road connectivity going to Zambales and Subic Bay Freeport. On top of this is the Subic-Clark Cargo Railway Project and the Manila-Clark railway which guarantees one-hour travel from Metro Manila to Clark.

By 2021, CIAC shall have commenced four vital components of the agency’s infrastructure expansion with a total budget of Php1.28-billion—a fairly sensible economic investment—approved via the General Appropriations Act of 2020 under the account of the Bases Conversion and Development Authority (BCDA). These projects include the new Air Traffic Control Tower for Php381 million, the upgrading of the Airfield Ground Lighting (AGL) System at Php500 million, a new radar system amounting to Php300 million, and the construction of the Php100-million second runway in conformity with the CRK Master Plan.

Simultaneous to these infrastructure expansion projects, CIAC shall enter into bigger strategic commitments for on- and off-airport commercial development which shall include hotels, business offices and convention centers, parking bays, shopping malls, cultural and entertainment attractions, factories, research and development facilities, and air cargo, logistics and service industries.

These future investors and locators are expected to shore up the initial phase in establishing the ‘airport city’ around the new Clark International Airport passenger terminal building which will accommodate 8-million passengers annually and set to be completed by the second half of next year.

CRK’s primary runway (Runway 02R/20L) has a length of 3,200 meters and a width of 61 meters. It is fully equipped with all navigational aids and lighting facilities and has a Category 1 rating for precision approach. The airport is well equipped with a Terminal Radar Approach Control, Navigational Aids, Meteorological Equipment, Airfield Ground Lighting System and Crash, Fire and Rescue facilities.

Meanwhile, the fervor in developing the aviation complex becomes more promising. The Philippines is now considered a key player in the region in aerospace industry as three of the world’s largest aircraft maintenance repair and overhaul (MRO) providers are currently located in Clark—Singapore Engineering, Lufthansa Technik, and Hong Kong’s Metrojet Engineering.