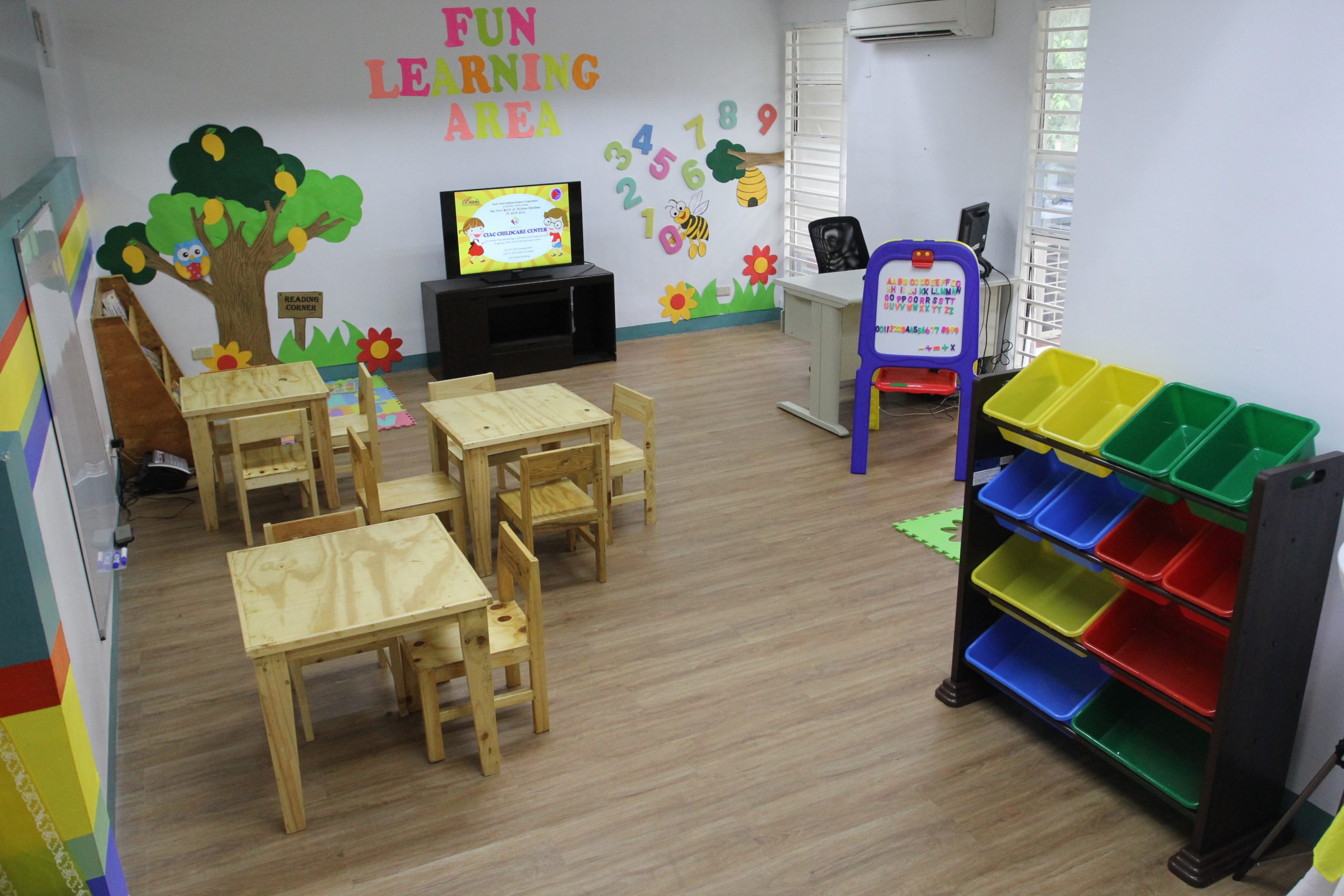 Tanjuatco said that “this is the very first project of CIAC establishing the ChildCare Center in partnership with the KLIK-ESKUELA program of President Freddie Tinga who have been supporting the plans and programs of CIAC.”

“I would like to extend my thanks to Freddie Tinga under his KLIK ESKUELA program for the success of the project,” Tanjuatco said.

The ChildCare Center is located at the CIAC Annex Building (formerly BCDA Building) that is aimed to provide quality education for CIAC’s employees children.

“I would also like to extend my congratulations to CIAC Human Resource manager Ms. Tessibeth Cordova for the success and establishment of the project,”, Tanjautco added.

He said that “CIAC, being one of the most influential institutions in the region is not only committed in upholding economic growth, and development, but also act as an impetus for human empowerment,”

Tanjuatco said that “CIAC has been active in promoting Gender Equality through creating and sustaining a gender-fair organization. We regard every individual as equally capable in performing duties and responsibilities that are sometimes misconstrued by the society.”

“One of CIAC’s thrust that is aligned with the GAD program is to promote gender equality in childcare by lessening burn-out of mother-employees by providing the needed facilities and services in the company to be made available both for father and mother-employees so both can be trained to actively tend to their child rearing role,” Tanjuatco said in his speech.

For his part, Tinga said that his KLIK-ESKUELA program had assisted many organizations in developing educational skills of every child saying that “It is a privilege to work with the dynamic organization such as the CIAC in promoting gender and development for human empowerment.”

Tanjuatco also said that he is confident that “CIAC has the pool of able and competent educators in the learning center so as to enhance the skills of the children.”

“I will leave this noble duty to you, dear teachers. As the child center will become their second home, I hope that you, as their second parent would be able to bring out the best in them.” He stressed.