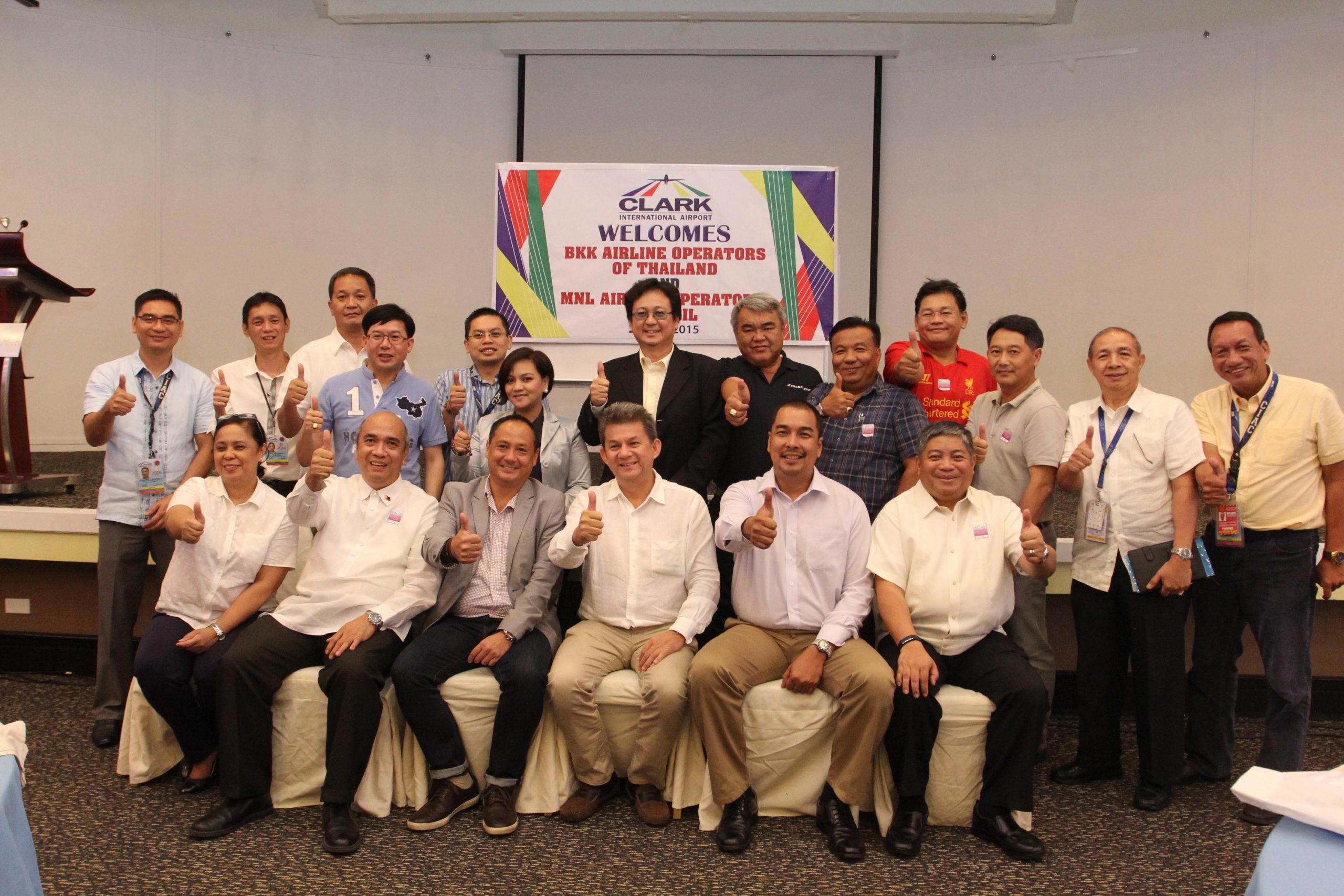 The Thailand and Manila Airlines Operators Council on Friday wants the Aquino government to fully develop Clark International Airport (CRK) so as to attract more airlines and tourists to visit the Philippines.

Moser said that he was impressed by the developments at Clark Airport since his last visit 10 years ago,” I am very much impressed and commended the Clark International Airport Corporation (CIAC) management headed by CIAC President and CEO Atty. Emigdio Tanjuatco III for a job well done.”

For his part, Tanjuatco also thanked the group for their support to Clark Airport and urged them to consider Clark Airport for their operations so as to have more flights in the area.

“This visit is very important for Clark Airport, and we are currently engaging ourselves in an aggressive marketing campaign to further promote the development of Clark Airport,” Tanjuatco informed the Thailand and Manila AOC members during a briefing at the CIAC Boardroom.

Tanjuatco also said that CIAC is constantly engaging a dialogue to several stakeholders such as the airlines, tourism councils and local government units telling them that Clark Airport is open for business and “we are inviting more stakeholders to participate in the business of Clark and most especially the airlines.”

He also vowed to invite Thailand air carriers to consider Clark Airport by launching additional routes so as to contribute in the development of the airport,” Once I get back to Thailand, rest assured that I will convey my invitations to them (Airlines) to take a look at Clark Airport.”

Moser also said that Thailand has also an airport that used to be a US military air base which is now being considered to be converted into an international airport.

“We would like to bring closer everybody in the spirit of the ASEAN cooperation and one of which is to encourage airlines to operate to Clark because all of the potentials are here,” Isidro sad during a visit to Clark Airport.

Isidro said that the Manila Airport is now heavily congested, and that they want to sell Clark an idea as growing and as one of the other gateways of the Philippines.

Isidro also reiterated their full support to the proposed “Twin Airport Development” between Clark Airport and Ninoy Aquino International Airport (NAIA) citing that the country needs to have two gateways since NAIA is heavily congested.