There is common recognition that poverty, lack of good-paying local job opportunities, high costs of basic commodities and services, and deeply ingrained colonial culture have led to certain gender-related issues. (a) vulnerability of women to human trafficking and other forms of exploitation; (b) socio-emotional costs brought about by feminized migration; and (c) burn-out of mother-employees due to multiple roles now being played, i.e., newly assumed productive role while reproductive domain remains to be primarily theirs.

To respond to these gender issues, the Clark International Airport Corporation (CIAC), Bases Conversion Development Authority (BCDA) and Clark Development Corporation (CDC) have agreed to build the GAD (Gender and Development) Centrale that shall become a venue for the programs, activities and projects (PAPs) to address the aforementioned issues. The GAD Centrale will lodge three (3) major GAD functions:

SEX and GENDER … are they the same or are they two different constructs?

This module was one topic that elicited much discussion among the participants of the Gender Sensitivity Training (GST) sessions which were conducted November and December of last year. The CIAC GAD Focal Point System organized five batches of GST for the employees of CIAC comprising half of the employee populace. Another batches will be done this year for the rest of the employees. Conduct of GST sessions was part of efforts to strengthen internal capability and employee internalization of gender and how it affects development. Gender concepts and principles were also discussed to generate appreciation of how such knowledge can be used as tools for development planning.

Sex is a distinguishing variable based on biological or genetic factors. And hence, any individual can only be male or female. It is fixed and universal. Gender, on the other hand, is socially or culturally determined. It is learned or acquired. It is concerned with one’s femininity, masculinity and the shades in between. In short, sex talks about what one is born with; gender talks about what happens after birth.

Other than GST, other seminars relevant to fundamental gender-related issues were also conducted last year – Magna Carta for Women, Anti-Sexual Harassment, Solo Parent Act and Women as Full and Equal Partners of Men in Development and Nation Building.

It will be recalled that the CIAC-MLAC AMMA (Ama na Magaling Mag-Aruga sa Anak) Program was launched July of last year in two barangays of Mabalacat City as a gender mainstreaming corporate social responsibility program of CIAC. AMMA is part and parcel of a gender-responsive action of CIAC in dealing with the socio-emotional costs of feminized migration.

The maiden launching of AMMA in the first two barangays of Mabalacat yields very significant outcomes. After conducting psychosocial workshops with fathers which included modules on Parenting and Basic Psychological Needs processed in a safe and supportive group atmosphere combined with a session on Family Financial Management, it was found that fathers gained deep sense of pride and joy about their redefined gender role which improved their parenting and household management, making them now proudly claim, “Ang dating haligi ng tahanan ngayon ay ilaw na rin.”

On the other hand, while pretest data from children showed intense longing for their mothers, constricted feelings of sadness and anger, faulty communication with fathers and misplaced concept of discipline, post-test data show that psychosocial intervention through play therapy helped children become more spontaneous and expressive about their emotions, connect with other children, resolve anger and see hope about their family situation.

To ensure sustainability of the AMMA program, key community leaders were trained on basic counseling and facilitating skills. Mabalacat City Mayor Boking Morales will be issuing what is now being drafted as an executive order creating the committee on social services for the fathers and children left behind by OFW-Mothers.

The CIAC and MLAC have upped the ante in gender and development (GAD) mainstreaming. I believe this will serve as a challenge to other agencies to find more innovative and socially significant ways to bring GAD to the mainstream of public service. Hopefully, more agencies will follow in this direction of service for we need more psycho-social programs. 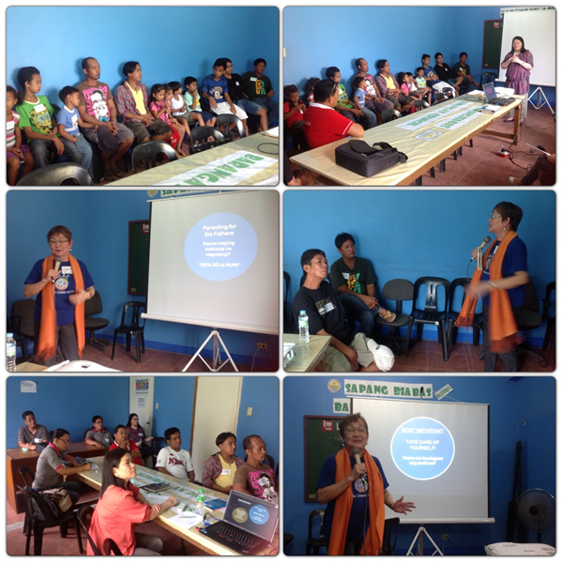 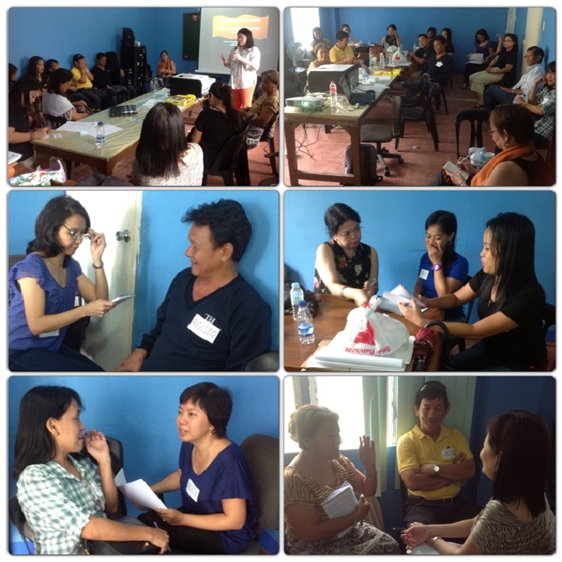 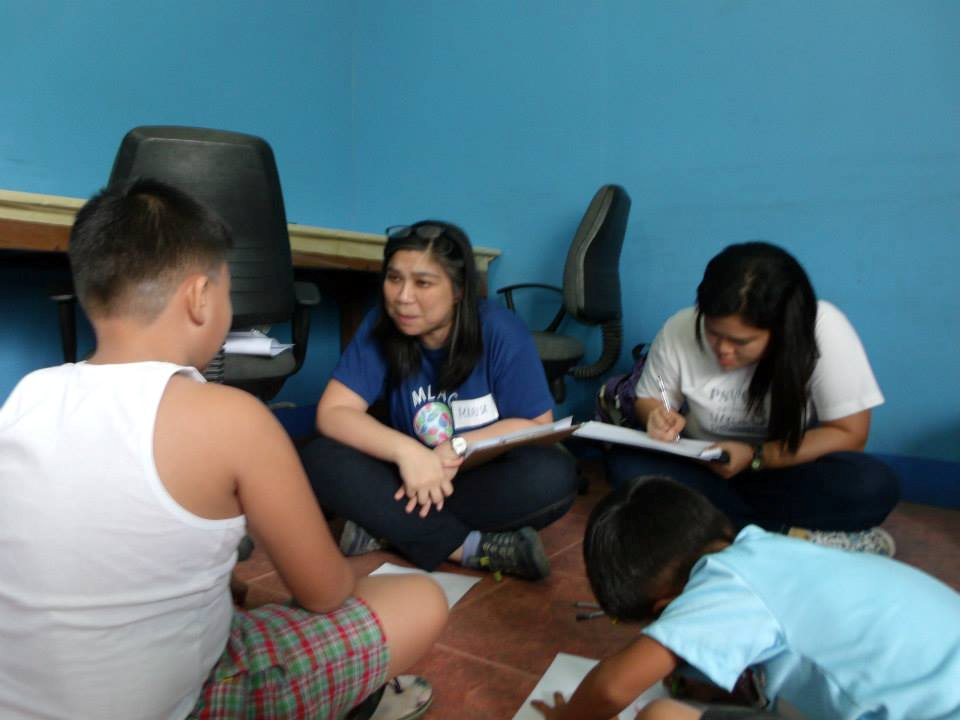 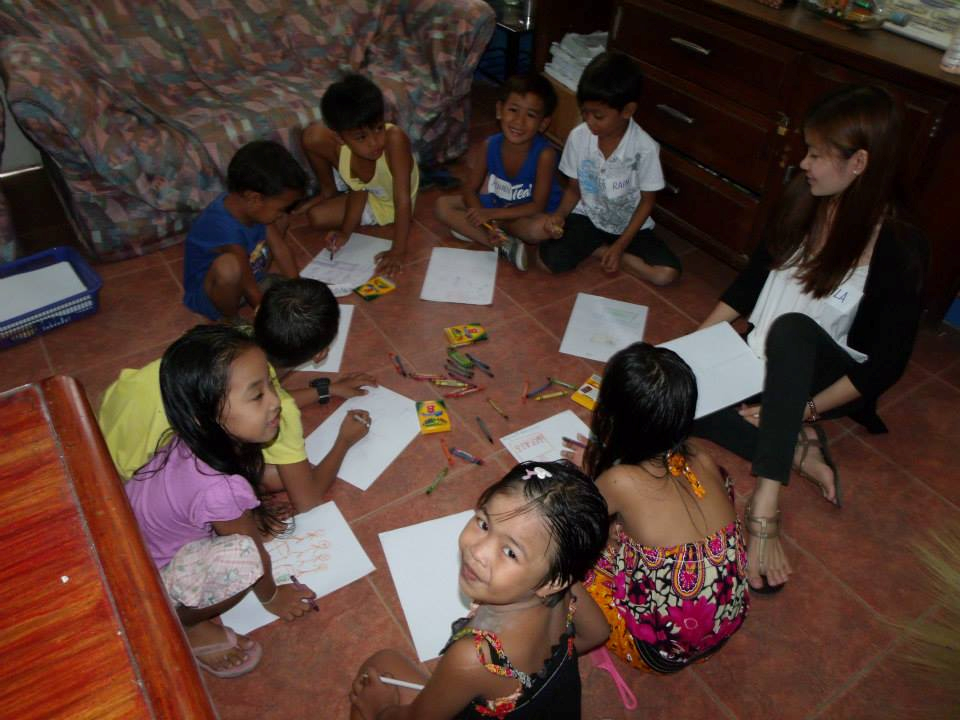 Children gaining a sense of empowerment over feelings of separation and loss due to absence of OFW-mothers as MLAC team members process children’s issues through play therapy. 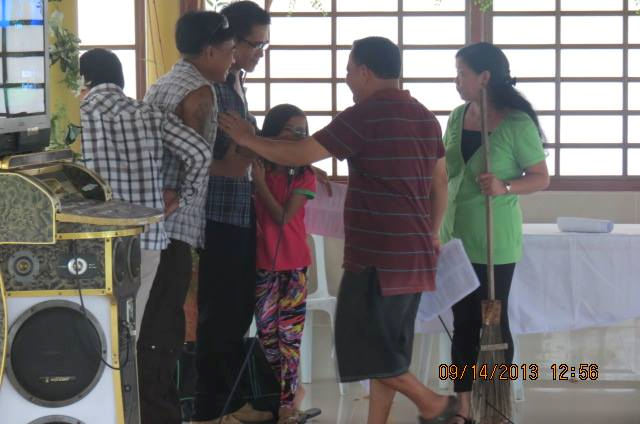 During the culminating activity, fathers and children made their own skit & portrayed some dynamics within the family where the mother had to work abroad & father had to stay behind to care for the children. The mother wearing green blouse is an OFW-mother in real life who had to come home because her child had caught dengue. 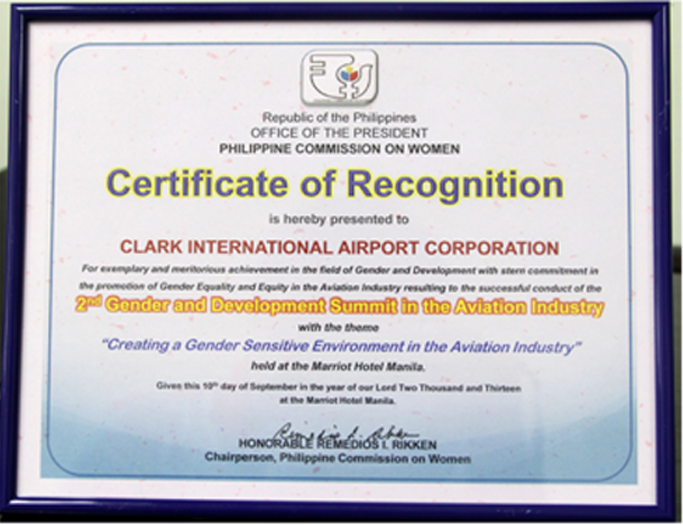 CIAC was awarded by the Philippine Commission on Women for exemplary and meritorious achievement in the field of Gender and Development. Conferred last September 10, 2013 at the Mariott Hotel Manila.