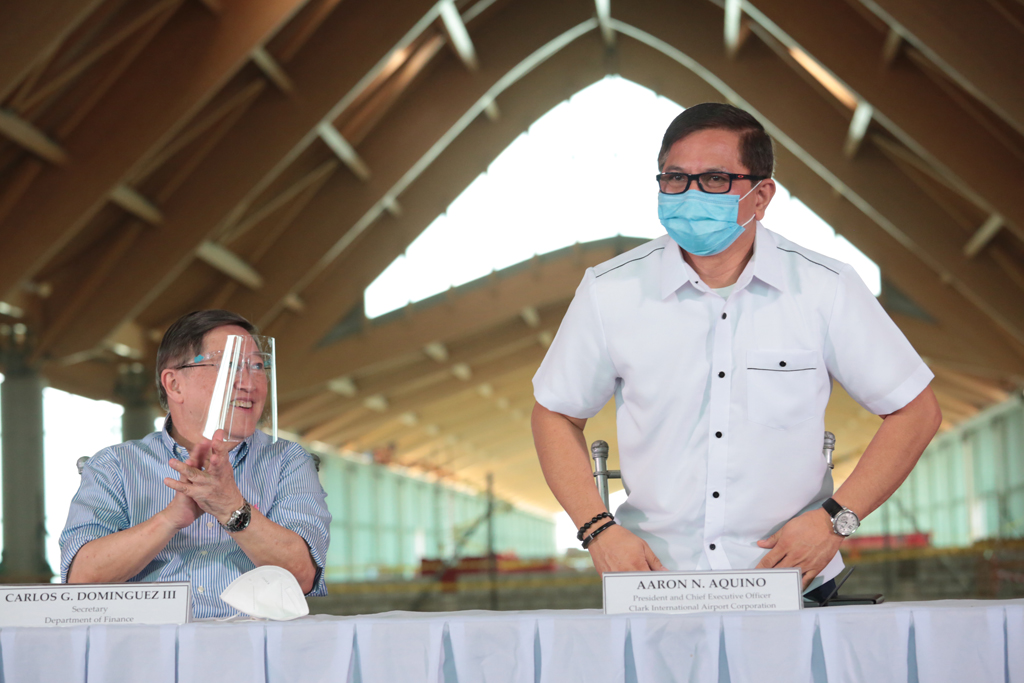 Finance Secretary Carlos Dominguez III expressed confidence in the leadership of Aaron Aquino, CIAC president and CEO, and the agency’s role in the government’s efforts to further develop the Clark Civil Aviation Complex, including airport infrastructure expansion projects. ”We’re very confident that General Aquino will see to it that this (agency) will achieve all the goals set out by the Duterte administration,” Dominguez said during an inspection of the new passenger terminal building of the Clark International Airport with key Cabinet members on July 15.